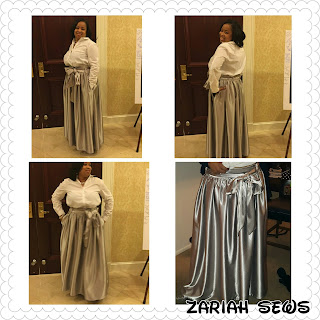 SHOP THE TOOLS I USE 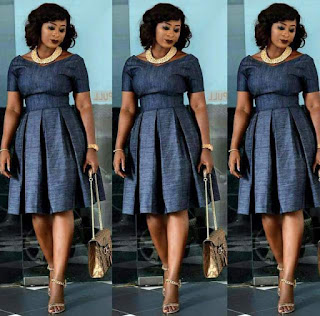 DENIM! DENIM! DENIM!!  Whoever came up with the fabric is genius!!!  Denim is one of my favorite fabrics of all times.  Maybe because I was a little tom-boyish growing up and always climbing tree, climbing fences, walking through parks and woods that the need and love for denim became life for me. 6 months before our annual Church conference, I challenged myself to make all of my outfits for that week. I actually did it the year before, but it was actually unintentional. At that time, I had been sewing consistently for 2 years at that time and when it came time to organize myself for packing I realized that all of my clothes with the exception of 1 were made by me. So I took on the challenge of making that last outfit to complete my quest. I first spotted the inspiration dress on Facebook almost a year before making.  I loved it so that I had a screenshot of it in my phone as a future goal.  To this day, I have no idea where that original picture came from to give it props.  I 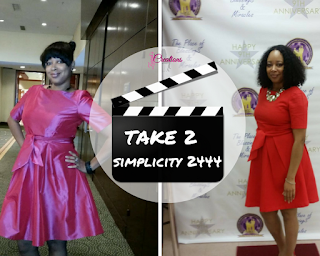 Hi Guys!! Although I've been sewing 2 years now, I still somehow consider myself to be a Beginner/intermediate sewer.  I still have a lot to learn about sewing, but I feel that I'm good enough for the things that I like to wear. I first attempted Simplicity 2444  August of 2014 in a pink Taffeta. I loved the pattern at first site.  I lucked up on the fabric so I decided to GO FOR IT during our Church's Convocation (Convention).  Mind you, I'm very involved in the events of the Convocation. So much so that sleep gets narrowed down to quick naps here and there. However, I convinced myself that I was going to make time to get this dress done.  So I packed my bags and my sewing machine and was on my way.  I noticed after arriving to the hotel that I failed to bring an extra dress just in case I didn't get this one finished.  I wasn't as developed as I am today a year ago. I struggled with zippers and this one has a long zipper (greater than 9 inches) an 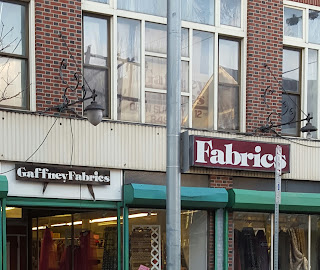 Window Shopping...... My trip to the Fabric Store

In the movie, The Preacher's Wife , there was a mother and daughter scene where Whitney Houston said it's o.k. to window shopping as long as you don't have any money in your pocket.  Well that was my quest for today on this below freezing Saturday. My son has been getting on me about getting myself ready for our Holy Convocation in August. Although I am a planning at heart and by nature, when it comes to doing things for myself, I am the biggest procrastinator!!  I seem to work better when I'm playing beat the clock. So this time I decided to take a little bit of heed in planning for August for my wardrobe.  Last year I made all my outfits and it seemed to be  huge success.  So this year, I'm going to plan a little bit more in advance.  A few weeks ago, I took the time to surf through IG (Instgram) and check out some of the fashion pages oriented towards church wears.  I put together my fashion vision board of what I would like to wear and I emailed it to